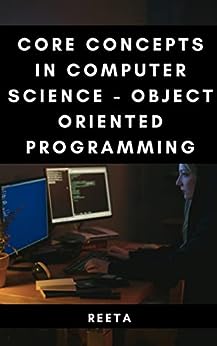 Object oriented programming (OOP) is a model of programming language that focuses on the use of objects instead of actions in order to carry out tasks. This involves taking an approach that is more mindful of data and less concerned with logic, which is more commonly the case in other programming paradigms. The view of objects and actions is the reverse of how it is in other languages, and the emphasis is on the objects themselves rather than on the execution of tasks that employ the objects. In like manner, the structure does not consider deciding on how to employ the logic, but on the definition of the data that will be used in the programming.

Designing computer software with object-oriented programming begins with defining the objects that are to be manipulated by the program. The programmer will then begin to identify the relationship between each object, a process usually referred to as data modeling. Essentially, the programmer is seeking to place the objects into a classification, therefore helping to define the data that is part of the inheritance brought to the task by each object. In fact, the process of defining these classes and subclasses of data is normally called inheritance.

Object-Oriented Programming (OOP) is the term used to describe a programming approach based on objects and classes. The object-oriented paradigm allows us to organize software as a collection of objects that consist of both data and behavior. This is in contrast to conventional functional programming practice that only loosely connects data and behavior.

Object-oriented problem solving approach is very similar to the way a human solves daily problems. It consists of identifying objects and how to use these objects in the correct sequence to solve the problem. In other words, object-oriented problem solving can consist of designing objects whose behavior solves a specific problem. A message to an object causes it to perform its operations and solve its part of the problem.

Web programming is an aspect of web site development and the role of web programmer is really critical merely as web designer’s role in web design aspect of web site development. Programming languages have developed from machine language to low-level language and then to high-level language. The high-level language that is a language close to natural language (the language we speak) is written using specific approaches. Remarkable are the monolithic and structural programming approaches. With the monolithic fashion, you write a whole program in one single block. In structured programming approach, a software is split into blocks of codes called modules with each module performing a specific task. BASIC, COBOL, PASCAL, C, and DBASE that ran on MS DOS platform could be written using both approaches.