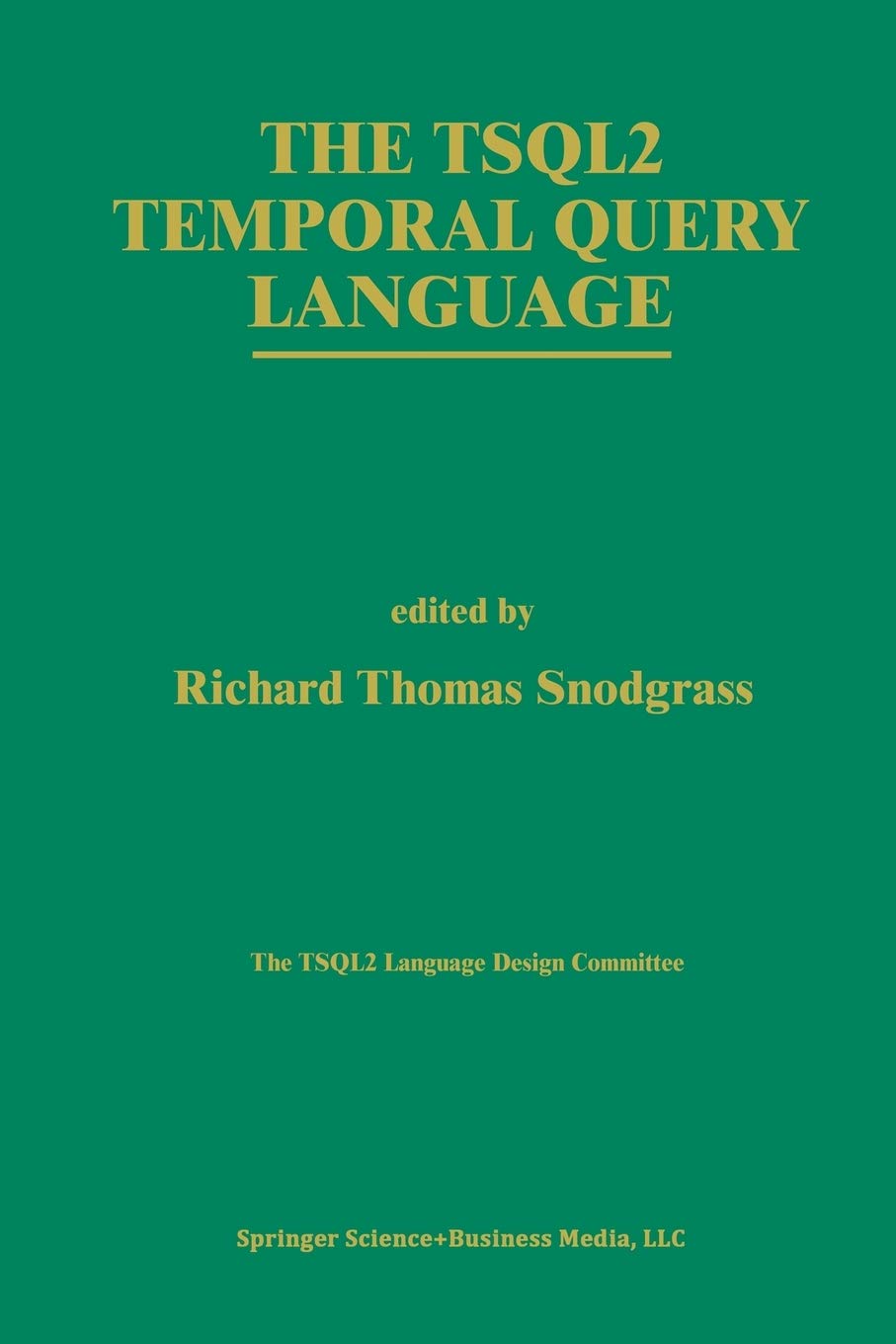 Temporal databases have been an active research topic for at least fifteen years. During this time, several dozen temporal query languages have been proposed. Many within the temporal database research community perceived that the time had come to consolidate approaches to temporal data models and calculus­ based query languages, to achieve a consensus query language and associated data model upon which future research can be based. While there were many query language proposals, with a diversity of language and modeling constructs, common themes kept resurfacing. However, the community was quite frag­ mented, with each research project being based on a particular and different set of assumptions and approaches. Often these assumptions were not germane to the research per se, but were made simply because the research required a data model or query language with certain characteristics, with the partic­ ular one chosen rather arbitrarily. It would be better in such circumstances for research projects to choose the same language. Unfortunately, no existing language had attracted a following large enough to become the one of choice. In April, 1992 Richard Snodgrass circulated a white paper that proposed that a temporal extension to SQL be produced by the research community. Shortly thereafter, the temporal database community organized the “ARPA/NSF In­ ternational Workshop on an Infrastructure for Temporal Databases,” which was held in Arlington, TX, in June, 1993.