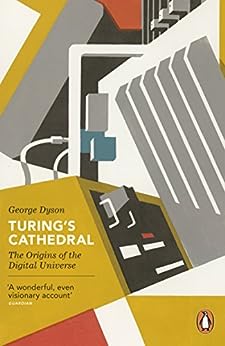 How did computers take over the world? In late 1945, a small group of brilliant engineers and mathematicians gathered at the newly created Institute for Advanced Study in Princeton, New Jersey. Their ostensible goal was to build a computer which would be instrumental in the US government's race to create a hydrogen bomb. The mathematicians themselves, however, saw their project as the realization of Alan Turing's theoretical 'universal machine.'

In Turing's Cathedral, George Dyson vividly re-creates the intense experimentation, incredible mathematical insight and pure creative genius that led to the dawn of the digital universe, uncovering a wealth of new material to bring a human story of extraordinary men and women and their ideas to life. From the lowliest iPhone app to Google's sprawling metazoan codes, we now live in a world of self-replicating numbers and self-reproducing machines whose origins go back to a 5-kilobyte matrix that still holds clues as to what may lie ahead.