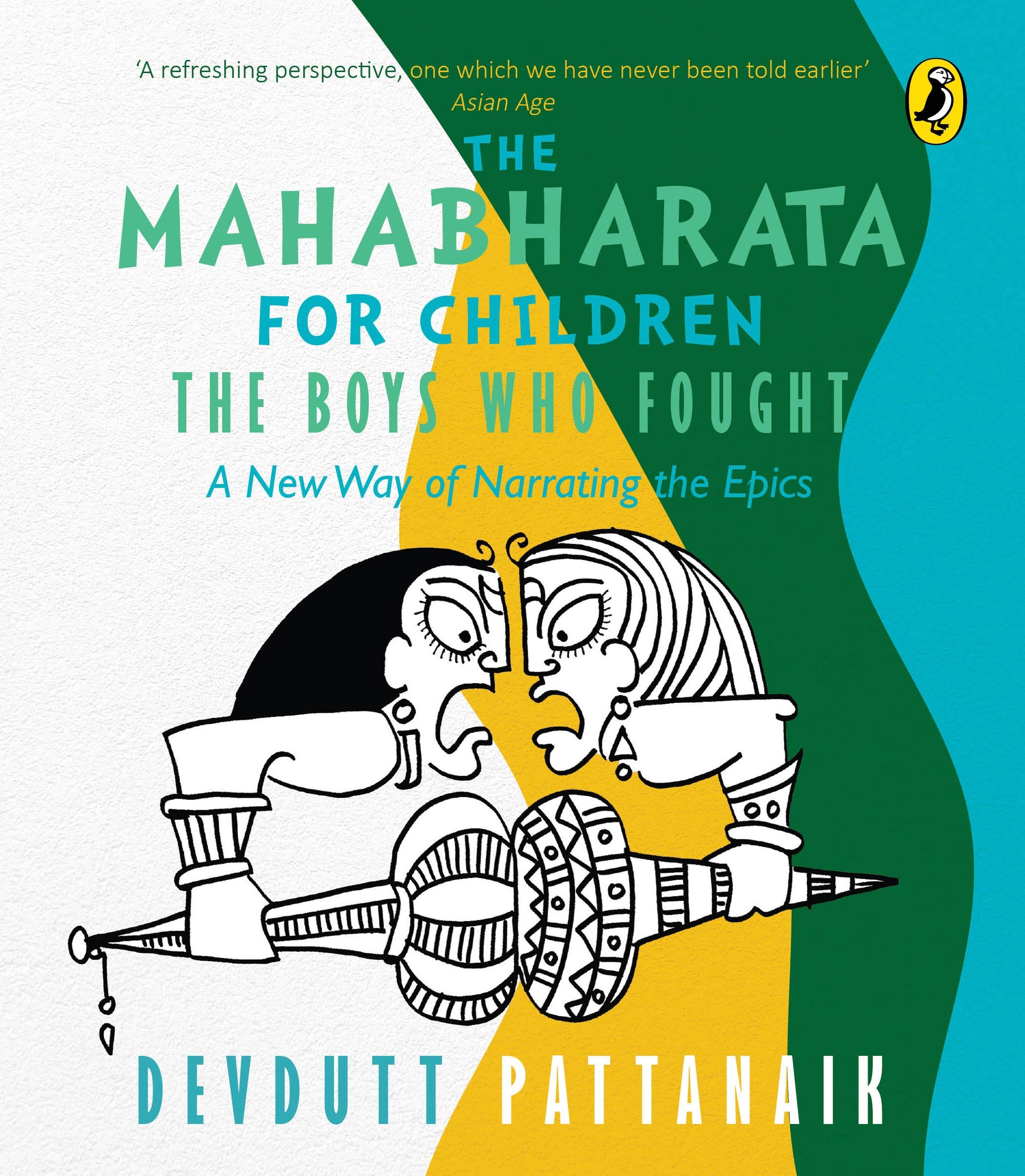 ‘When you can fight for the meek without hating the mighty, you follow dharma.’
In the forest, the mighty eat the meek. In human society, the mighty should take care of the meek. This is dharma. A hundred princes should look after their five orphaned cousins. Instead, they burnt their house, abused their wife and stole their kingdom. The five fought back, not for revenge but, for dharma. What came of the hundred’s fight against the five?
India’s favourite mythologist brings to you this charmingly illustrated retelling of the Mahabharata that is sure to illuminate and enthrall a new generation of readers.

Once upon a time, there was a man called Vyasa. His father was a sage. His mother was a fisherwoman. He was born on a river island, and had a dark complexion. Vyasa grew up watching animals fight. Then he saw humans fight. And he wondered, what was the difference? In the forest, the mighty eat the meek. In human society, the mighty can take care of the meek. This is dharma, realized Vyasa. It creates a decent human society.

Inspired, Vyasa wrote an incredible story in 1,00,000 verses, split into eighteen chapters, about the fight between a hundred brothers and their five cousins.

Ganesha, who has the head of an elephant, wrote down Vyasa’s story, which became renowned as the Mahabharata, the great Indian epic, for Bharata is another name for India.

Others called it Bharata Kavya, the song of the Bharatas, for the hundred brothers and their five cousins belonged to the Bharata clan, also known as the Kuru clan, which once ruled over India. Some people called the story Vijaya, the story of victory, for it describes how the Pandava five, with just seven armies, defeated the Kaurava hundred, with eleven armies, in an eighteen-day-long war.

Vyasa, however, insisted that his epic should be called Jaya, a victory in which no one was defeated. For, in the story, Krishna of the Yadu clan, cousin to both the Pandavas and the Kauravas, reveals a different kind of fight-a greater fight that takes place before weapons are raised on the battlefield, a fight of thoughts and emotions that arises inside our minds and hearts. 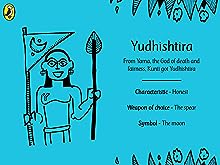 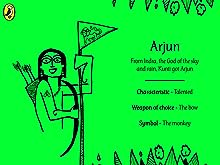 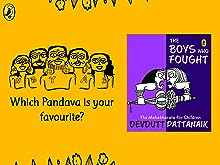 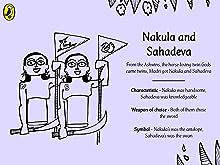