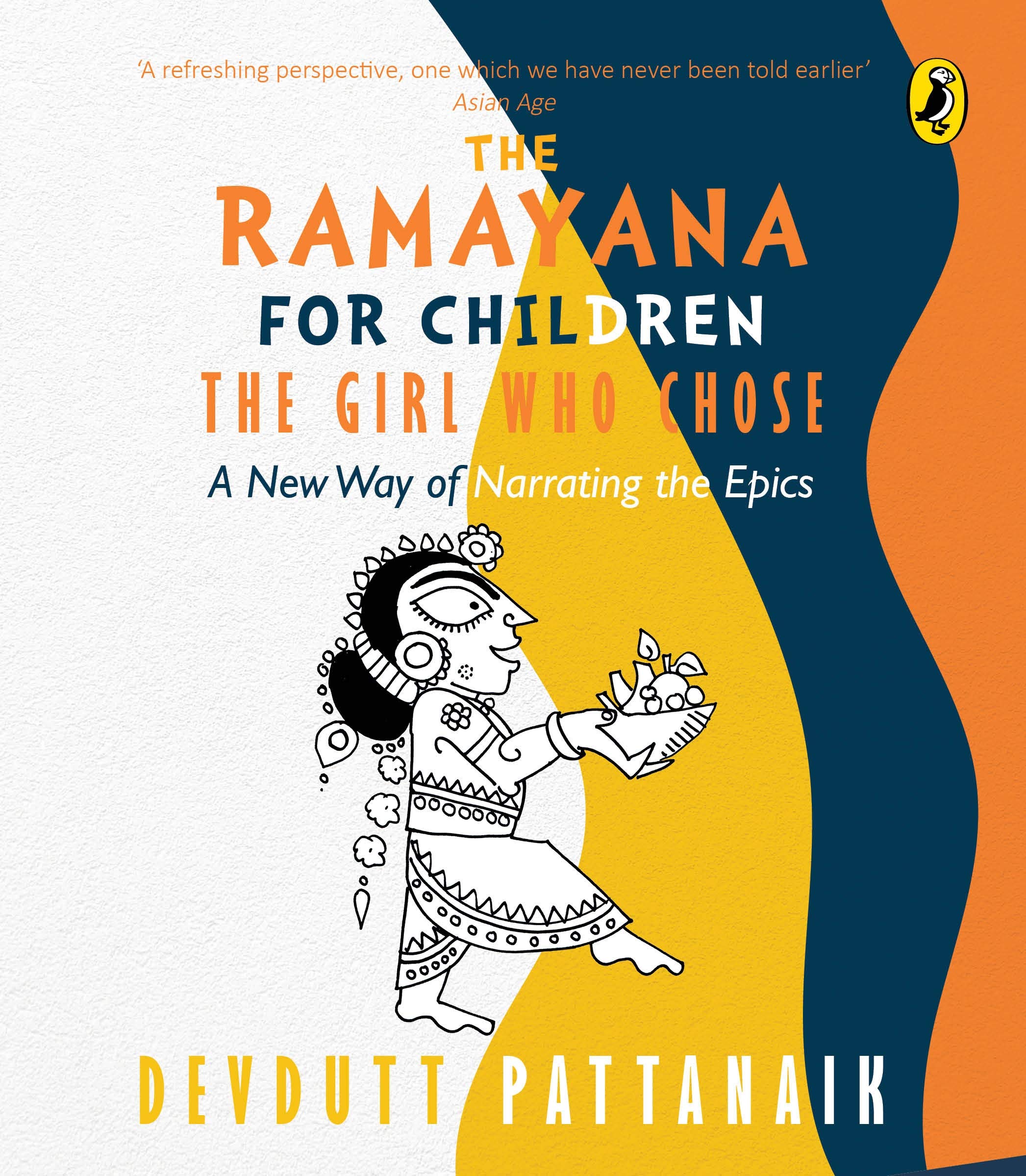 ‘You are bound by rules, but not I. I am free to choose.’ Two thousand years ago, the poet-sage Valmiki wrote the Ramayana. It is the tale of Ram, the sun-prince of Ayodhya, who is obliged to follow family rules and so makes no choices. And of Ravana, king of Lanka, who does not respect anybody’s rules or other people’s choices. Over the centuries, hundreds have retold the tale in different languages, adding new twists and turns. But few have noticed that the tale always depends on the five choices made by Sita.

What were Sita’s five choices?

India’s favourite mythologist brings you this charmingly illustrated retelling of the Ramayana that is sure to empower and entertain a new generation readers.

When a daughter steps out of her father’s house after marriage, the father is supposed to say, “May you find happiness wherever you go.” But Janaka told Sita something else, “May you bring happiness wherever you go.” Perhaps because Janaka was a good father who had brought up his daughter to be autonomous and responsible for her life and those around her or perhaps because Janaka knew his daughter was a goddess – the earth itself.

Sita is Gauri – the clothed goddess. As Gauri, she is the wife who follows her husband wherever he goes. When Ram prepares to set out into his exile, she follows him – not because he asks her to follow, but because it is her duty to be by his side. He tries to stop her but she insists on fulfilling her role as wife. Ram cannot dissuade her otherwise. And so he sets out with her. Sita thus is not the obedient wife – she is the dutiful wife, the one who knows her responsibilities.

Sita’s role as Gauri is further reinforced by Anasuya, the wife of the Rishi Atri, who gifts Sita with a saree which never gets soiled. Later, when Sita is abducted by Ravan, she starts leaving pieces of jewellery, ostensively to leave a trail behind her so that Ram can find her. But by abandoning her jewellery a subtle symbolic message is been given to Ram. It means that his dharma is being challenged; Ravan has defied the civilized code of marital fidelity. Ravan wants to make Ram’s field, his forest; he wants to make Gauri, Kali. Every jewellery dropped is a reminder of how close civilization is at risk of being overrun by the forest.

When Ravan is killed and Sita rescued, Ram demands proof that Gauri, the field, bound to a single man, did not even momentarily become Kali, the forest, bound to no man, hence available to all men. The only way this can be done is through the trial of fire. Sita goes through the trial of fire and the fire does not touch her proving that neither in thought nor in action did she ever think of any other man.

Despite this proof of chastity, the people of Ayodhya ask Ram to reject the queen of soiled reputation. The same laws and traditions – the Raghu-kula-riti – that demanded Ram obey the commandments of his father, now demand Ram respect the wishes of his people. And so, Sita is sent to the forest.

It is strange that Ram, the only Hindu deity known for being faithful to one wife, is also the only Hindu deity to abandon his wife. This clearly is meant to highlight the difference between Ram, the husband, faithful to his wife and Ram, the king, sensitive to the wishes of his people. Ram, the king, has Sita sent back into the forest but Ram, the husband, never remarries. He places next to him an effigy of Sita made of gold, the metal which symbolizes purity, suggesting that he does not doubt his wife’s fidelity but he does respect the laws of Ayodhya and its royal household, however misguided they may have been.

Who is this Sita in the forest? Gauri or Kali? She is Gauri to her children – raising them as powerful warriors who on their own are able to defeat the mighty army of Ram. But she is also Kali – the one who has shaken off the mantle of civilization. She will not be bound by rules of civilization. Rejected, she refuses to return to Ayodhya as queen or wife. She does not feel the need to follow her husband, this time, as wife. She does not feel obliged to represent the prosperity of the household that rejected her, or bring good luck into it. When asked to prove her chastity once more she returns to the bowels of earth, whence she came from. When Ayodhya asked their king to abandon his queen, they inadvertently ended up losing Janaka’s daughter who took away all happiness with her.

A Conversation with Devdutt Pattanaik

India’s best mythologist tells us why we should spend more time teaching children about our myths and legends.

Q. How important do you think it is to teach mythology to young people?

Q. What is the value of continuing to retell the classic stories? Who is the audience for these stories?

Devdutt Pattanaik: The assumption is, ‘we know everything’ that the ‘old’ stories have ‘nothing new to tell’, this is human arrogance at work. I try hard not to be arrogant, the ‘old’ stories reveal so much to me. For a child ‘old’ stories are ‘new’, it is rather presumptuous of a parent or publisher to think what is old for them will be old for their child, yes? I guess people who are obsessed with the ‘young’ are the ones embarrassed by the old.

Q. You are a prolific writer, drawing upon the myths and legends of India. How do you decide what might appeal to children?

Devdutt Pattanaik: I feel children love stories that are simply told, so I tell them stories in a very simple way. Children tend to be fascinated by animals and art and monsters, and so I focus on these elements a lot.

Q. How important is it to have access to literature that is rooted in our culture? In other words, does it matter if Indian students are only reading books by English or American authors?

Devdutt Pattanaik: Parents have the option of denying their children their heritage. It’s a valid choice. It’s fine if children are not interested in their culture. The regrets come later, when parents and children discover they have no roots, like children who were never taught the mother tongue of their parents. Life moves on. Languages, cultures and stories eventually die in this manner, unfortunately.