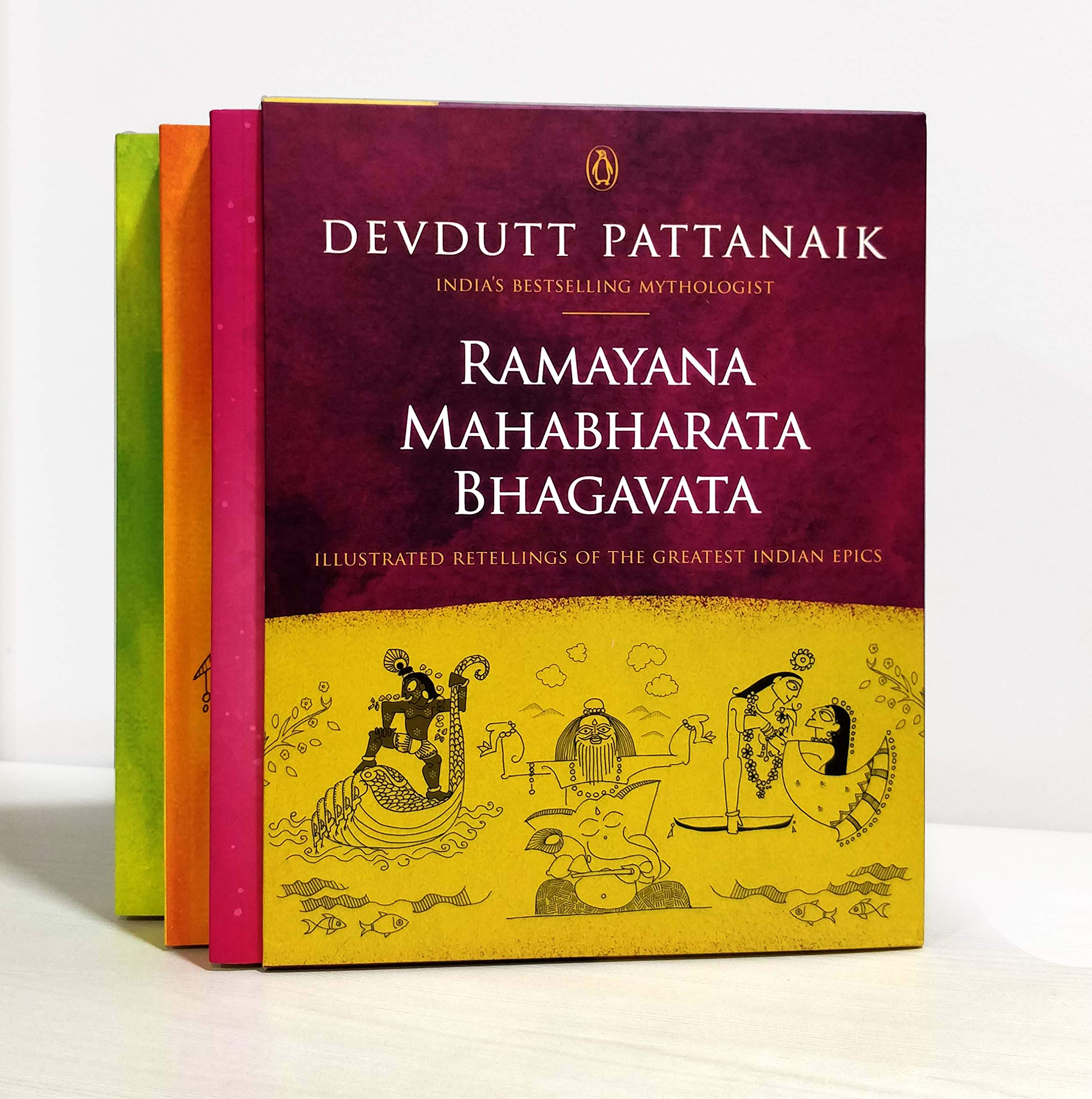 An enthralling retelling of India’s greatest epic, the Mahabharata, Jaya seamlessly weaves into a single narrative plots from the Sanskrit classic as well as its many folk and regional variants. With clarity and simplicity, the tales in this elegant volume reveal the eternal relevance of the Mahabharata and the complex and disturbing meditation on the human condition that has shaped Indian thought for over 3000 years.
Sita approaches Ram and the Ramayana by speculating on the titular character: her childhood with her father, Janaka, who hosted sages mentioned in the Upanishads; her stay in the forest with her husband, who had to be a celibate ascetic while she was in the prime of her youth; her interactions with the women of Lanka, recipes she exchanged, the emotions they shared; her role as a goddess, the untamed Kali as well as the demure Gauri, in transforming the stoic prince of Ayodhya into God.
The Bhagavata is the story of Krishna, known as Shyam to those who find beauty, wisdom and love in his dark complexion. Shyam tells the story of Krishna’s birth and his death, bringing together the fragments of this great epic composed over thousands of years, first as the Harivamsa, then as the Bhagavata Purana, and finally as the passionate songs of poet-sages in various regional languages.