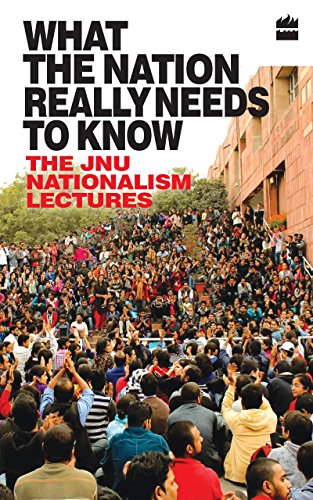 Who or what is 'anti-national'? The question was foregrounded in a series of unprecedented events that unfolded in Jawaharlal Nehru University from February 2016. Over the next few months, sections of the television, print and social media turned the country into a choric chamber of hate, riveting national attention. The proliferating 'charges' produced great political and intellectual disquiet in the JNU community of students and teachers. As a creative response, the Jawaharlal Nehru University Teachers' Association organized a teach-in for a month between 17 February and 17 March 2016. The lectures addressed the meanings, histories and experience of nationalism, and its unresolved dilemmas, in India and beyond. The teach-in lectures, which were initially intended for members of the JNU community, and delivered principally by JNU teachers, soon gained unanticipated audiences across India and in international forums. Reports and translations of the lectures, live streamed on YouTube, made for a reach that echoed well beyond the 'Freedom Square', the area in front of JNU's Administrative Block, which became the space of this intellectual and political occupation. The book, therefore, is both an archive of that historic moment and a tribute to the effort that succeeded in refocusing national attention on the university as the space for sustaining serious, well-historicized and critical thought.